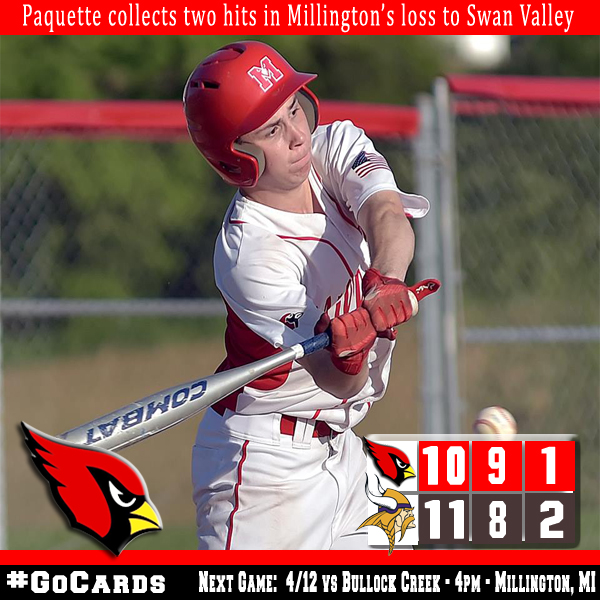 SAGINAW – Back to back doubles by Kyle Paquette and Nick McClain in the bottom of the sixth inning tied the score at 10 after Millington was down by eight runs in the first inning. Swan Valley would score a run in the top of the seventh which ended up being the deciding factor in their 11-10 game two victory over Millington.

Joe Novelli, Jordan Rabideau, and Mason Wolfington each had one hit.