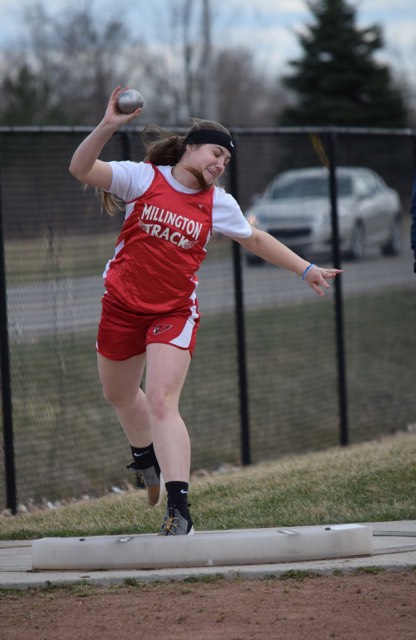 OTISVILLE – The Millington boys and girls track teams had a strong showing on a cold and windy evening in Lakeville. The boys defeated Lakeville by a score of 84 – 49 but were stopped by North Branch 39 – 94. The girls beat Lakeville 66 – 52, but were also defeated by NB 39 – 93.

The Cardinal track team is back in action next Wednesday, April 17 at Bridgeport for a Tri-Valley East competition. Start time for the meet is slated for 4 p.m. Pictures of the meet will soon be posted to the “Millington Track & Field” Facebook page.