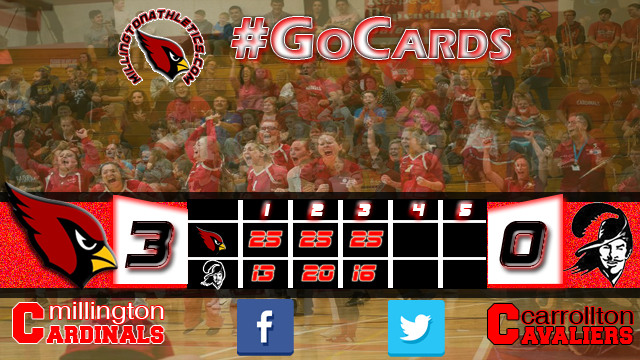 CARROLLTON – The Millington volleyball team kicked off Tri-Valley West action on Wednesday night sweeping Carrollton in three straight sets (25-13, 25-20, 25-16) to earn their first victory of the season. The defending district champions are now 1-1-3 on the season and 1-0 in the Tri-Valley West.

The Cardinals will next hit the court on Monday, September 9 when they host Lakeville at 7:00 p.m.