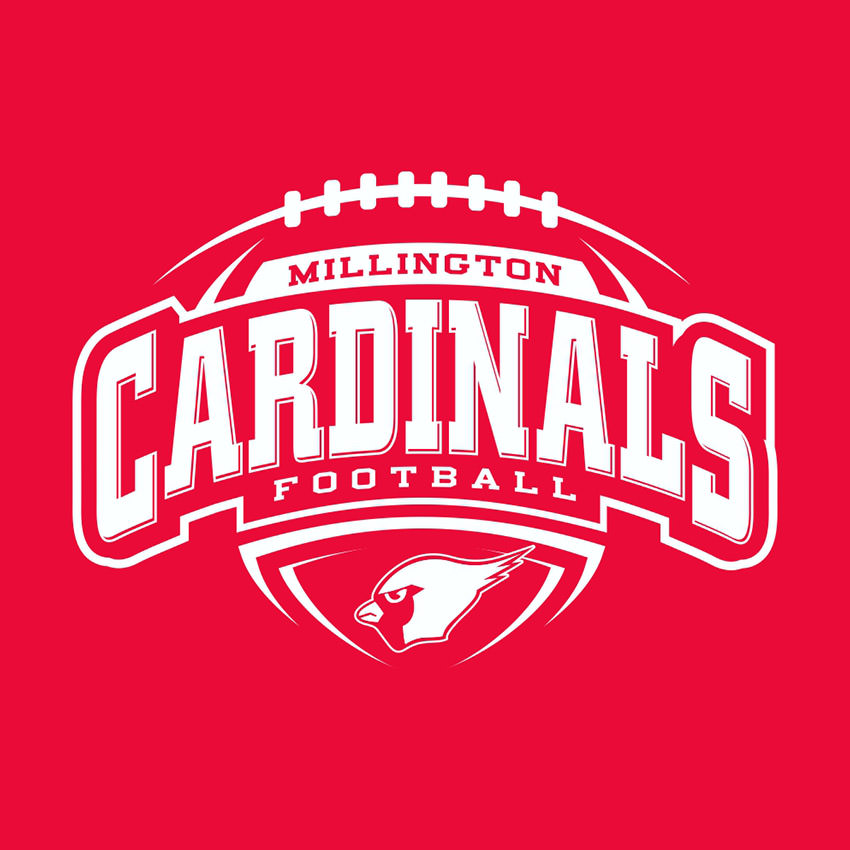 MILLINGTON – In a first ever for Millington football, the freshmen football team played the Nouvel Catholic Central JV team in an 8-Player game. The Cardinals defeated the Panthers by the score of 27-0.

After receiving the opening kickoff, Millington used a guard-eligible play to move the ball 60 yards down the field to set up Brady Urban’s 6-yard touchdown run. Guard Avery Barron caught a pass from Ryan Livingston 12 yards downfield, broke a tackle and did the rest on his own. Livingston hooked up with Logan Curtis for the 2-point conversion.

The defense forced Nouvel to a 3-and-out. The offense would drive down the field and Landon Hanel would run the ball in for the Cardinals. The 2-point conversion failed to keep the score at 14-0. The Nouvel offense would begin to move the ball before the end of the first quarter. Leyton Mays would intercept a ball from the Panther QB deep in Millington territory to end the quarter with Millington leading.

Brady Urban scored his second touchdown of the night during the 2nd quarter to give Millington a 20-0 lead. Luke Williams PAT attempt just missed wide left. The Cardinals defense would hold strong as they took that lead into halftime. Jared Legue and Brandon Rude both recovered fumbles during the second quarter.

Both defenses held strong throughout the third quarter and early through the fourth. Mays took an option pitch to the right side of the field from Livingston, cut all the way back across the grain and ran the ball about 65 yards into Millington territory before being caught. Livingston would then hook up the Curtis from about 17 yards out with about five minutes left in the game for Millington’s 4th touchdown of the night. Luke Williams connected on his extra point attempt to make the score 27-0.

Millington (3-1) will get back to 11-Player action next week as they travel to Freeland on Thursday, September 27. Kickoff is scheduled for 5:00 p.m.