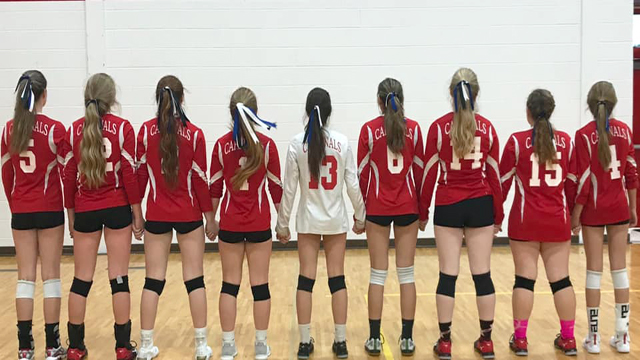 MILLINGTON – The junior varsity volleyball team defeated Nouvel Catholic Central in straight sets on Wednesday evening by the scores of 25-17 and 25-10.

The Cardinals are now 12-3-2 on the year and will travel to Sebeawing on Saturday, October 5 to play in the USA Invitational. The tournament will start at 9:00 a.m.