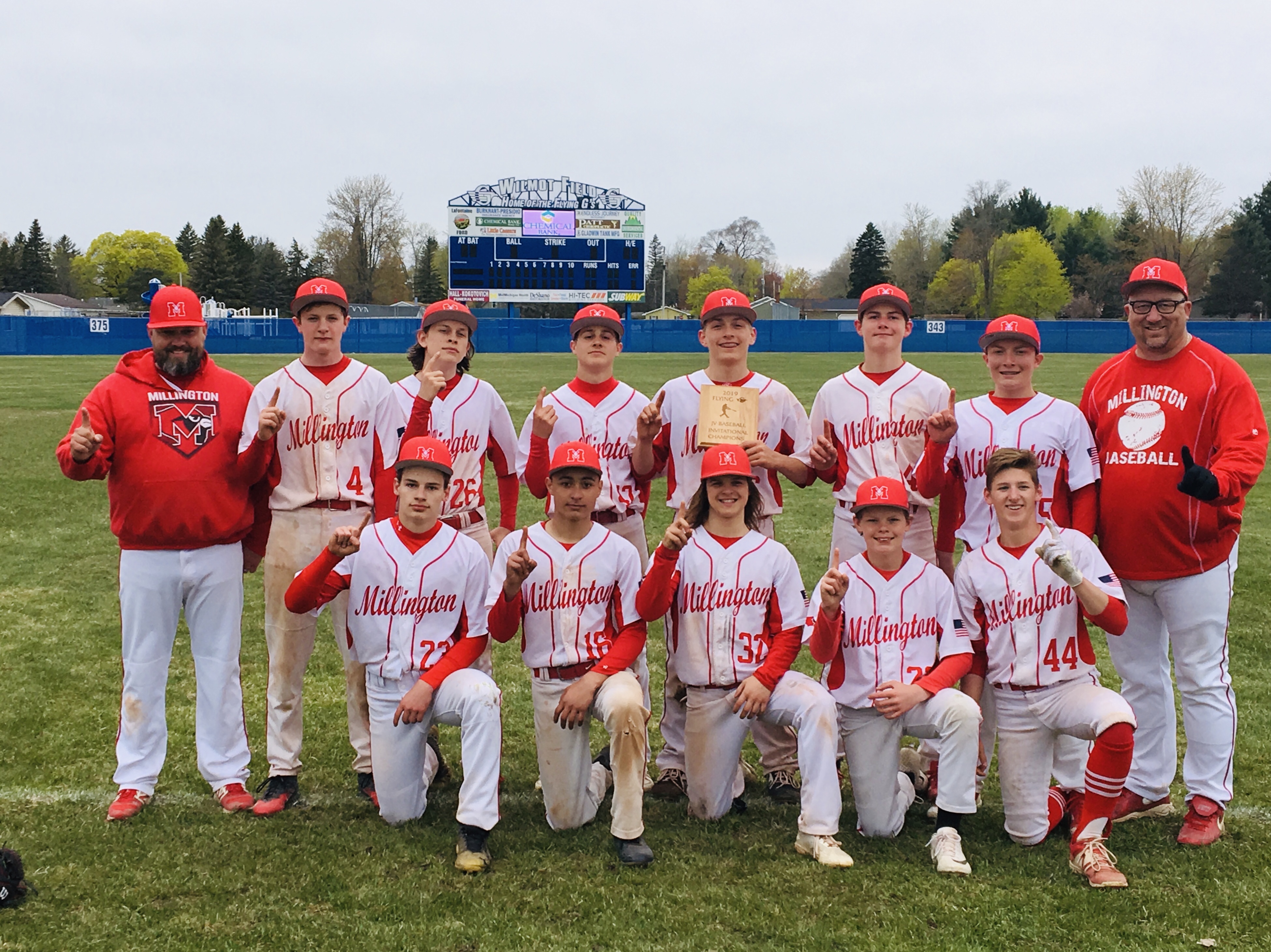 GLADWIN – The junior varsity baseball team traveled to Gladwin on Saturday to compete in the Gladwin JV Baseball Invitational. The JV nine came away with one run wins over the hometown Flying G’s and the Gaylord Blue Devils to win the championship on an overcast chilly day.

In the semi-final game, Leyton Mays got the start throwing five innings while striking out seven batters in the 6-5 victory. Austin Lacewell threw the final two innings for the save.

Novelli went to the mound to start game two. He threw six innings striking out two batters and not allowing an earned run in the 8-7 victory. Lacewell threw a scoreless seventh inning to pick up his second save of the day.

Calvin Dipzinski, Novelli, Callahan, and Gerald Moorehouse each had two hits in the win. Dipzinski added three RBIs. Mays, Hanel, and Lacewell each added one hit.