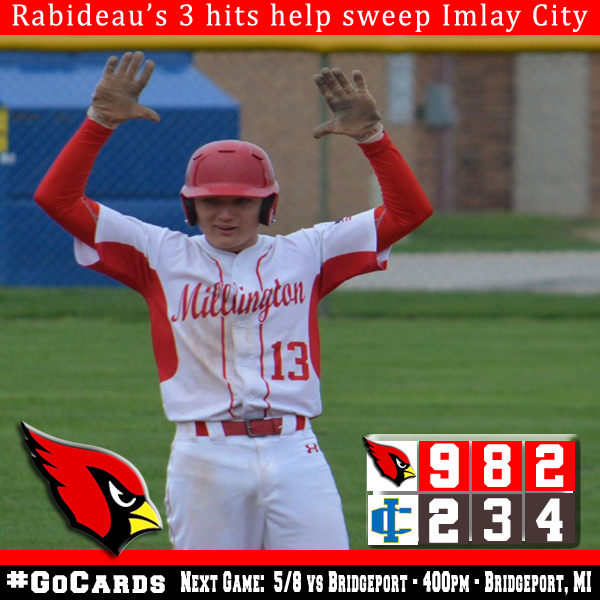 MILLINGTON – The Cardinals scored 21 runs in a doubleheader on Friday to sweep Imlay City by the score of 12-2 and 9-2.

In the opener, sophomore Joe Novelli (2-1) picked up his second win of the year in relief of starter Nick McClain. Novelli threw two innings of relief not allowing an earned run. McClain threw three innings of one-hit ball striking out six batters. Freshman Calvin Dipzinski threw one inning of scoreless relief of Novelli.

Paquette (1-1) took the mound in the nightcap and picked up his first win of the year. He threw a complete game allowing only three hits and striking out four batters.

Hill (3 R), Rabideau, and Novelli (2 RBIs) all had two hits. Butterfield and Paquette each added one hit.

Millington (5-10-1) will travel to Bridgeport on Wednesday, May 8 for a doubleheader. First pitch is scheduled for 4:00 p.m.