ITHACA – Second half goals from a pair of freshmen proved to be the difference for the Millington girls varsity team on Thursday, as the Cardinals went on the road to pick up a 2-0 win over Ithaca. Millington (2-4, 1-3 TVC-West) pulled ahead early in the second half on a goal from freshmen Charlotte Ratza, then added another by fellow freshman Naomi Williams with about 12 minutes left to play to secure the conference win over the Yellowjackets (1-5, 0-4).
“This was a big win for us,” Millington coach Andrew Selich said. “It was a conference game, and it’s a long bus ride over there. But we came out and played our most complete game of the season and a couple of youngsters stepped up and gave us just enough offense to get the win.”
The game was scoreless at halftime, but it didn’t take the Cardinals long in the second half to break the tie. Ratza sent a lofting shot toward the goal from about 25 yards out just seventeen seconds into the second half which beat the Ithaca goalkeeper high and gave the Cardinals a 1-0 lead.
The score remained that way until 12:20 left to play in the game, when Ratza sent a crossing pass from the right side of the field into the goalie box, where the ball found the foot of Williams, who punched the ball past the Ithaca goalie to lift the Cardinals to a 2-0 lead over the Yellowjackets. That scored proved to hold as the Cardinals held on in the end to pick up the win.
“It was nice to see Ratza and Williams score those goals,” Selich said. “Great goals, and goals that came courtesy of others working the ball around and taking advantage of scoring chances. This was a good, total team effort. We moved the ball around well, we made good passes and we controlled the tempo of the game, and that sort of play is what we preach to the girls every day.”
The Cardinal defense was paced by senior Kierrah Butterfield, who led the way with 12 steals and two blocks. Emma Hoard added eight steals and five blocks, Nicole Raleigh ended with eight steals and two blocks, while Hannah Cook contributed five steals and a block. Senior goalkeeper Hannah Bees picked up her first shutout of the season and made six saves for the Cardinals. For the offense, Vanessa Selich had three shots, five steals and three blocks, Charlotte Ratza shot the ball three times, had a goal and an assist, while also adding four steals and two blocks, and Danielle Kociba added four shots and three steals.
The Cardinals next game is Tuesday, April 27, at Saginaw Nouvel. Kickoff is scheduled for 4:30pm. 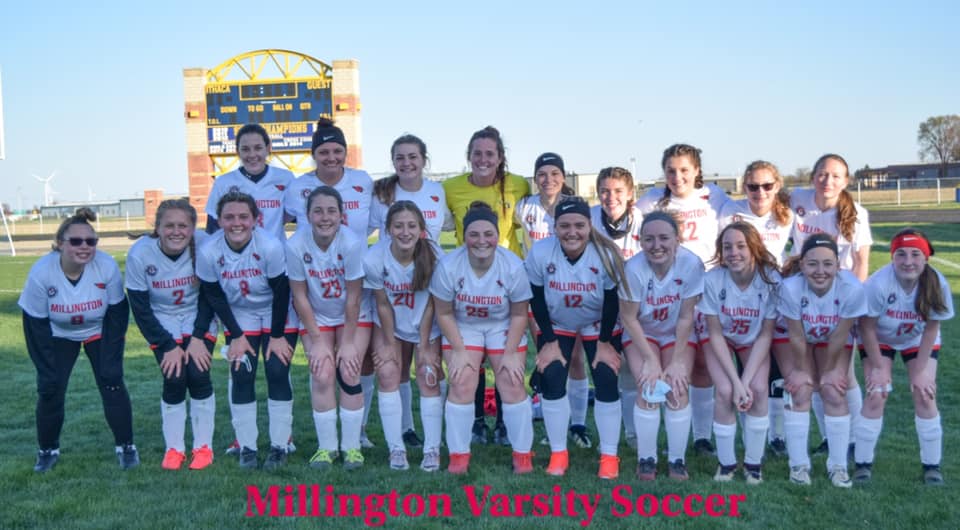