Millington holds a 9-4 overall record versus Hemlock and has won five straight against the Huskies including last year’s close 15-6 win in Hemlock.  The Cardinals and Huskies first saw gridiron action against each other on September 25, 1981.  Millington scored 16 points in the fourth quarter of that game to pull out the victory.  A 26-yard scamper by future Millington coach Roger Bearss and a conversion by quarterback Gregg Blake would pull the Cardinals to within a point midway through the quarter.  Blake would hit end John Allard towards the end of the quarter from 30 yards out to secure the Millington win.  Joe Weber’s conversion made the final Millington 29 Hemlock 22.  Bearss finished the game with 93 yards rushing on 15 carries.  After a 5-0 start, Millington finished the season with a 7-2 overall record and a second-place finish in the Tri-Valley Conference.

Hemlock enters Friday’s game with wins over St. Louis (49-0), Standish-Sterling (29-7), Bullock Creek (48-32), and Carrollton (36-28) with eyes on their first conference championship since 2012 when they were members of the Tri-Valley Central Conference.  The Huskies will travel to Millington with one of the best running games in the area averaging over six yards per rushing attempt.  Hemlock’s productive ground game is led by junior running back Robert Knapik.  The 175 lb. back has rushed for 570 yards and seven touchdowns in Hemlock’s four games.  Knapik averages over eight yards per rush. 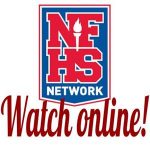 Even though Friday’s game will be played with limited attendance, fans are still able to watch.  In conjunction with the National Federation of High Schools (NFHS) and the Michigan High School Athletic Association (MHSAA), Friday’s game and all other Millington events on the football field or in the gymnasium will be live-streamed on the NFHS Network’s website.  This is a subscription-based service.  Subscriptions can be purchased on an annual basis or a monthly basis through the NFHS Network when you click on the subscribe button.  The live stream can be viewed from any computer browser, apps for both Apple and Android devices, or on Apple TV, Roku, or Fire TV.  Each subscription will allow the user to not only view Millington events that are live-streamed but other high school events as well.  A portion of each subscription is donated back to Millington Athletics.  Kickoff is scheduled for 7:00 p.m.