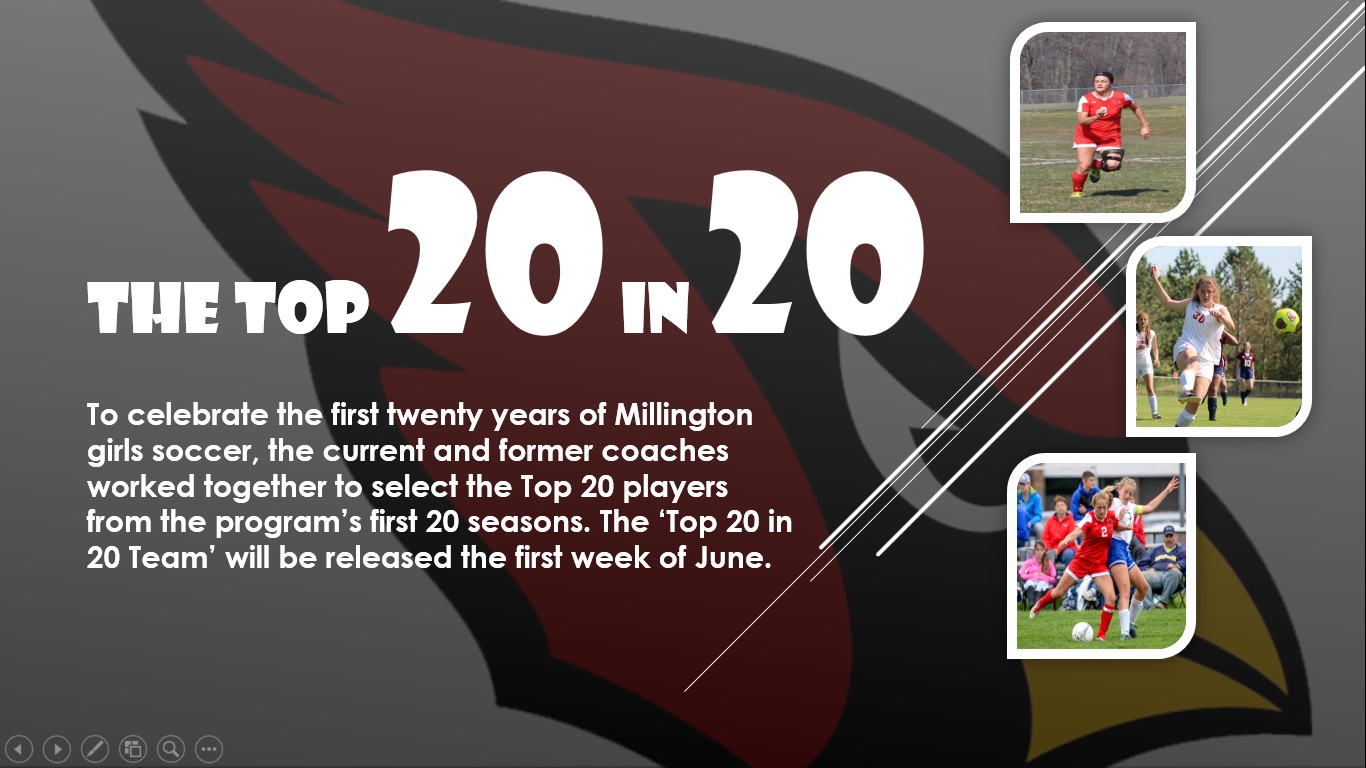 MILLINGTON – In celebration of the first twenty years of Millington girls varsity soccer, the current and previous coaches of the Cardinals program have worked together to select the top 20 players from the programs first 20 seasons. The ‘Top 20 in 20’ will be released the first week of June, beginning on the first and continuing over the entire week. According to Millington girls varsity soccer coach Andrew Selich, this is something that was planned before the 2020 season was canceled to the COVID pandemic.
“I had begun in January and February collecting team photos from the first twenty seasons, and I had planned on releasing them on Facebook in celebration of the first twenty years of the program,” Selich said. “The idea for an All-Time team came about through that. I reached out to the former coaches, shared my idea for the team while seeking their input and recommendations on players, and it all came together after that.”
The top twenty players selected, it was decided, were chosen using the following positions as guidelines: two goalkeepers; six players who primarily played defense or defensive positions defined as defenders; six midfielders, either center mids or outside mids; and six forwards or offensive type of players. This way, each position on the field was honored, and the best players identified by the coaches that played those positions over the years were selected.
The team will be released by the following schedule: the goalkeepers will be announced on Monday, June 1; the defenders on Tuesday, June 2; midfielders on Wednesday, June 3; forwards on Thursday, June 4; and on Friday, June 5, a special feature will be released on the program’s All-State players as well as a look back on the coaches who have led this program over the first twenty years.
“This was a learning experience for me, and I really appreciate the input and participation of the former coaches,” Coach Selich said. “Dawn Meacham, Bryan Bassett, and Aaron Chamberlain were very helpful and cooperative in putting this all-time team together, as was my assistant coach Danyel Dormire. I want to thank all of them, and I hope everyone enjoys a look back at the history of the Millington girls varsity soccer program’s first twenty seasons.”