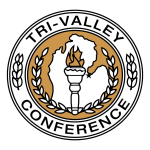 Germain is a two-year starting offensive lineman and was the only junior captain this past season.  Yorke was second on the team with 51 tackles and led the team with 18 tackles for loss including nine sacks.  Callahan finished the season with two interceptions including a 50-yard interception return for a touchdown for the go-ahead score in the Hamady playoff game.

Four-year varsity harrier Logan Gutierrez was a 1st team All-TVCW pick.  Gutierrez ran a personal best time this year of 16:48.7 and also competed in the state championships at Michigan International Speedway for the first time in his career.

Senior all-state softball player Darrien Roberts and senior Lake Michigan volleyball commit Hailey Crump each was chosen 2nd team All-TVCW.  Roberts led the team in digs with 549 from her libero position.  Crump was second on the team in kills with 271 and digs with 406.